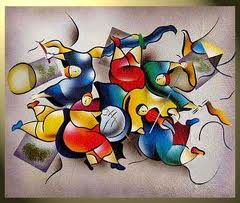 The year is 2780, I was sitting on my bed had nothing to do so far. The week was hectic as I had loads of pressure in solving a problem in our institution. Before going to the story let me introduce myself, I am a man whose name is left to the reader, who works in INBOC an institution to teach the students how to write with pen and pencil. The reason behind this is that people have completely forgotten to write the alphabets and numbers. It seemed to be quite in an imaginary world, where people can both read write and solve the game of numbers. Technology has so much improved ever since that no one had time to read or write. The modern robots or bots have made the process easy as it can read, write and solve the problems.

Mankind now has become completely a slave of the machines. I walked myself out of the bed and made a plan to visit the time travel park, which is somewhat exciting and interesting. I made a signal from a device, which I carry as a ring in my finger .within five minutes, there was a knock on the door, and I opened and saw a robotic driver standing in front of my room, which is of 1084 storey. I quickly walked with the driver and had a seat inside the space car. With a zooming speed, it left the place and reached the time travel park.

The place where I am living is Sigi, a well-defined tourist attraction all round the year. From the digital card I bought the ticket and sat in a personal time box. The box was large enough to sit comfortably and relish the journey of the time travel. I was wondering which place to visit as I had experiences of Jurassic, Triassic, Stone, Silver age, I saw the civilization of the Egypt, Rome and many more. I had to contemplate a lot to choose as the screen in front of me was continuously asking for any name of a place or age. Finally, I decided to go the past of Sigi, I commanded to take me to the past of the same place in the year 1700. The moment it got the command with a fraction of second I found myself moving at a light speed and spinning with a tremendous pressure, slowly I saw darkness in my eyes and knew nothing what happened next.

I have no idea how long was I asleep when, suddenly I found pebbles falling from the sky on the roof made of glass of the machine. I slowly opened the door a bit and found thunderstorm and shower with pebbles falling from the sky. The place was a jungle; it was white, as the pebbles from the sky had filled the space. It was impossible for me to come out from the machine. I commanded the machine to take me to the era of 1800.  I found the era to be a bit civilized when I reached it; people were walking from one part to another. Since I had learnt the languages of the past, I made up a plan to come down and ask them about the place. The people had gathered from everywhere as they had never seen a machine and a dress that I was wearing, made up of juice collected from the leaves and made into a semi liquid substance that never spills or gets spoiled due to over use. As soon as I opened the door I found people running away or defending me with big stones, I comforted them by speaking with them in their own language; they felt at ease and told me that the name of the place is Silichaguri, it is a centre where the people from the hilly region of Sikkim Bhutan and Nepal meet and carry out their trade. Moving further I also came to know that the water ways trade is being carried out from a place called Phansidewa to Malda. I saw that the region was very cold and the land was damp. Suddenly I was terrified by a sudden roar of a tiger, the people who were standing ran for their lives, I too hurried and came back to my machine and commanded to take me to year 1840. When I opened the door, a hooping sound with a gas darkening the sky was moving towards me. I couldn’t figure it out what it was, but realized to be train moving with a very slow speed and passing away leaving me aside. I saw few white men and women inside the train speaking in old English and giving a strange look of awe and wonder. I walked a bit further and was surprised to see the place convert into a more developed one, with roads and railways. While conversing with a local farmer I came to know that the name of the place had changed to Siliguri, and the river Mahananda to act as a water ways trade to Maldah. I too realized that the development had taken place all because of the British who had set its headquarters in (Dore je liang), which later on came to be known as the Drajeeling. All because of the improvement of the transport, there was a growth of trade and commerce in the region, which led to the growth of population from other parts of the country. Moving further back after the independence and the partition of Bengal, Siliguri became the main place of interest of the trade and relation. The importance of the place showed me a drastic change when I came in the year 2014, shopping malls, parks, apartments, amusement parks, bikes cars everything was there. The place had also got the title of “Chickens Neck” as it was the main centre of trade and commerce of the other states and countries. The place had become a developed one, but the population had increased so much that it had lost its beauty of the green and it natural habitat. I saw my digital clock giving me the beep to return to the machine, I saw few birds flying above my head, dogs and cows on the road. I quickly returned to the machine and commanded it to take me back to my time, in the beginning I was overjoyed to learn about the place that Sigi was actually Silichaguri and then was named Siliguri, but in the end I was sad as the precious treasure of nature, the living beings everything would wipe out when it will reach my age where birds, or animals do not exist, only space buildings and modern machines to serve you and make you slaves. The epidemic of the people will spread so much that one day only human beings will survive and nothing will live to balance the ecology of this beautiful Earth.