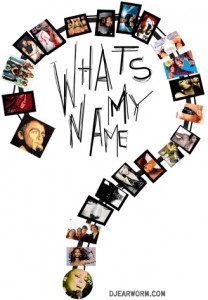 Tabassumpur was never before filled with as much ecstasy as this year when Durga Puja and Ramazan fell at the same time. This was such a rare occasion for the united and peace-loving residents of Tabassumpur. The ‘rich and famous’ Bhowmicks wished to finalize their legal paper work on their forthcoming baby and decided that no other time can be as auspicious as this year. A grand welcome reception filled Tabassumpur with fragrance of joy everywhere. The wealth of the Bhowmicks and their attitude of sharing were clearly felt in the air. The Bhowmicks finally adopted the boy. As the happiest town in eastern India was embracing its new arrival, a tragic accident on the Maa Kaali Bridge over the Hugli River left the Bhowmicks dead on spot.

A cheerful face filled with sheer innocence that hadn’t even got his name in this world was attempting to understand what really had happened. As the news of the death of Bhowmicks percolated the minds of the well-wishers, arrangements commenced for the future well-being of Tabassumpur’s own child. Mr. and Mrs. Bhowmick’s best friend Tabrez Ali immediately called for Rizwana Maashi. She was undoubtedly the best nanny that Tabassumpur could ask for and the residents were happy that Mr. and Mrs. Bhowmick’s unnamed child would be in the best hands. In the lap of Maashima, when the baby made his first cry; she made a very spontaneous reaction, utterly unconscious of what she was doing, she called him ‘Rashid’, who from that moment on became known as Rashid Bhowmick, the new face of Tabassumpur.

As Rashid was growing up in Maashima’s care, rumors started erupting about the inheritance of Bhowmicks’ wealth. Rashid was the lone inheritor of all wealth that the Bhowmicks left, much to the dismay of the extended Bhowmick family. The ‘Bhowmick will’ also stated that the caretaker would be given enormous help such that his/her poverty doesn’t come in the way of their boy’s care. Rizwana Maashi felt lucky and happy to be rewarded for the benevolent person that she always was.

Greed and selfishness didn’t spare the erstwhile heaven called Tabassumpur. One religious group wanted the ‘Bhowmick’ part of Rashid and the other group wanted the ‘Rashid’ part of the ‘Bhowmick’ boy. The result was that the entire Tabassumpur became associated with either Rashid or Bhowmick, one or the other way. In the midst of all such opportunistic people, a very innovative, highly intelligent and equally hard-working child was growing up.

This was time for cricket in Tabassumpur and the residents organized a tournament, the entire town was seriously involved in the preparations, which they hoped would witness peace, harmony and happiness among its people. They formed two teams, ‘Maa Kaali Avatars’ and ‘Tabassumpur Sultans’. Rashid, being extremely good in cricket was again in the conflict, both teams claimed belongingness and ownership of Rashid. Rashid, who never associated with any group, chose to become the referee for the tournament.

Rashid, disinterested in his family business, wanted to pursue law as a career. One fine evening, Rashid was driving by the busy roads and stopped by at ‘Mustafa Pan Shop’, which he frequently visited, met his lawyer uncle Subroto Bhowmick and discussed his career prospects. Uncle Subroto encouraged Rashid to go to Oxford for his law degree. Rizwana Maashi had passed away, so Rashid decided to pursue his passion and flew to London. At the arrival, airport authorities, baffled by his ambigious name set him aside for further questioning. Where one officer started asking about his religious affiliations, another officer who happened to be of Indian origin just said ‘Mr. Bhowmick! Welcome to London!. There, Rashid’s ‘London dreams’ saw the dawn of realization. Having read extensively about Buckingham Palace and London Bridge, Rashid was in awe of this beautiful city.

At a time when he was awaiting his law degree convocation, one evening, while switching channels on television, Rashid came across the famous serial ‘The Sword of Tipu Sultan’ starring Sanjay Khan. Rashid paused and pondered how many people in the world would have such ambigious names and what they go through in their lives like him. He remembered his schoolmates, Sahil Roy and Asha Azmi. Another channel was reporting religious riots in many cities of eastern India, Rashid immediately called Uncle Subroto and unable to reach him, flew over to Kolkata and reached Tabassumpur at midnight.

Tabassumpur was not the same peace-loving town that was the pride of eastern India once upon a time. Strangled by a series of religious conflicts, the town was bleeding in turmoil. The same people who were once a part of one family, now were after the lives of each other. Rashid was unable to return home as religious groups occupied it hoisting their own flags; he tried to reach out to shelter homes fearing for his life. He walked past Kalicharan’s flower store, Mustafa Pan shop, and his best friend Khokhon’s STD booth to see a temporary shelter home, which read ‘Islam forever’; he turned backwards now watching the devastated park where he used to run every day, the demolished temples and mosques, Khan Chacha’s haleem place, his ‘Progressive High School’ and Rizwana Maashi’s home to find another shelter which displayed a board ‘Immortal Hindus’. Rashid was confused, first of his own identity and now his immediate safety. He decided to join ‘Immortal Hindus’ only because of Mr. Bhowmick’s connection to the present general secretary of the shelter home. After an initial resistance by one activist due to his first name, he was admitted there, where he could find basic necessities and be protected from the opponent religious group.

It was at this shelter home that Rashid met the love of his life Mishty Mukherji who was battling for her life after suffering life-threating burns over her body. Rashid’s secular character, his indefinite compassion towards people and his undying spirit to save humanity impressed Mishty. She saw in him an ideal human being who could be a hero of both religions and she indeed believed that his name could be a positive influence on the minds of people where hatred had become a way of life. She saw this as an opportunity to save the thousands in this society who were killing each other in the name of God.

After military intervention, the riots in Tabassumpur came to an end. Now, the mission of Rashid and Mishty’s life was to bring their old Tabassumpur back, the town where they saw their classmates Abdullah and Rukhsana in Kaali Puja and Supriya and Babloo in Ramazan celebrations. They cherished the ‘payesh’ and ‘sewiyan’ of Tabassumpur. Mishty and Rashid decided to tie the nuptial knots and this was the beginning of the renaissance of Tabassumpur. After a short drive to Dargah Shareef and Jagannath Puri, the newly weds returned to their dream job of creating awareness among people that the values of mankind are much beyond the religion that you are identified with by virtue of your birth. The song ‘Gurus of Peace’ by the legendaries Nusrat Fateh Ali Khan and A. R. Rahman inspired Mishty and Rashid.  That was like an anthem that they played wherever they went, from schools to places of worship. They would visit the puja pandals and the nikah of the Member of Parliament’s daughter with equal spirit and one motivation to spread the word of peace everywhere. Rashid told Mishty how confused he was while growing up to offer ‘Namaz’ or ‘Aarti’ during festivals.

Elections were approaching in Tabassumpur and Rashid and Mishty were people’s favorites as they had succeeded in winning the hearts of thousands by their hard humanitarian work. Adding one more flower to the garland of Rashid and Mishty’s happy life, a girl child was born to them and they named her Tabassum, which literally means happiness. ‘What’s in a name?’, a name cannot be underestimated, there is so much to a name than we can imagine and even this time, Rashid’s name became an important subject of elections, both religious groups preferred ‘Rashid Bhowmick’ as the new face, again for their selfish gains that his bireligious name could indeed be a decisive factor in the town which recently witnessed the worst religious conflict in Eastern India’s history. Rashid definitely had an advantage, both with his name and his kind act that he had shown alongwith his wife Mishty. There were no elections in Tabassumpur and both groups elected Rashid Bhowmick unanimously and a united Tabassumpur was born, an example to be followed for years to come.

After three terms of no elections and Rashid and Mishty’s hard work and determination to bring peace and harmony in their beloved town, Rashid was assassinated, this ended the great work of a man who was left by his parents unnamed and who got a name which worked both in favour and against him at different times. There was confusion in Tabassumpur as to whether he would be cremated or buried, thus continuing the story of a name from the cradle to the grave.