Ever watched a bird building its nest? Day by day, from the time the sun rises to the time the sun sets, the proud parents diligently collect twigs and leaves, preparing to welcome the young one on its way.

I happen to witness this serene spectacle in my garden hedge. The mother bird saw, planned and conquered! She brought strands of dried twigs and chose a shrouded corner below the hedge to build its nest.

Having identified the safe spot to lay her eggs, she went on to accumulate resources. A strand after strand, the nest was built in no time. A physical strenuous task indeed!

Beautifully crafted nest covered with leaves was dangling just below the shrubs. Monsoon was just around the corner; an overcast sky was brooding and grumbling over the earth waiting to unlock the monstrous volley of tears. And here, the saga of curious kinship between the bird and its unborn chicks was about to eventuate.

The mother bird incubated her eggs for hours together braving the unstoppable rains. She was a perfect poised figure of solemn words, patience, resilience and endurance.

A close observation of how she reared chicks out of her eggs was an insight into the finer aspects of management like strategic thinking, planning, organising, executing and training.

Seconds curving into minutes, minutes unfurling into hours and hours finally melting into days paved the way for the two baby birds.
Soon the fledglings’ opened its teeny eyes, screeching and squealing for food, and the mother bird gently fixed her beak into the tiny mouth dropping the morsel, grain-by-grain (an extraordinary experience, beyond words and human telling, even impossible to capture in the lens!). It is a classic example of motherhood and parenting.

I had delivered my son just before the delivery of these birds; therefore, I could observe, understand and relate with this marvellous event closely. My mother remarked, “This bird is like another daughter who has come home for delivery.”
The economy of the bird’s self-sustaining systems unfolded lessons on perseverance, motherhood, independence, resourcefulness, sacrifice, love and hope.

Unlike humans, I felt the birds were in ‘present’ moment. Watching them led me to a state of thoughtlessness. They are willing to rebuild from the scratch: to pick the broken promises, heal the betrayed trust, and to give failed dreams another shot.
There was no respite from Monsoon. It rained again! This time for days together. The mother bird kept her babies warm by sitting on them. Her body heat was the source of life for the chicks amidst the turbulent weather. It was similar to the way my newborn would cling to me for safety and warmth.

My parents did a make-shift arrangement and kept a plastic sheet over the hedge to protect the nest from rains. However, the mother bird grew suspicious of such an adjustment. She would not enter into the nest and observed it only from distance while chirping with anguish. Probably, she saw the sheet as a threat. Help from outsiders was simply unacceptable to her. A lesson in self-reliance indeed!
Sunshine set the flight training into action. The mother bird began teaching flying to the little ones. She was struggling with the chicks; the tormented voice seemed exhausted from giving directions and instructions to trainees’ who seemed to ask questions (suggested by their fervent chirpings).

It is therefore befitting, in this day and age, to see how the mother bird would respond to its childrens’ questions.
“Learn flying fast! We need to fly away soon,” said the mother bird.
The chicks asked, “Why do we need to leave the nest? Why can’t we stay in here, mom? Cat won’t find us here!”
“But man will!” “It’s the man you should be wary of when I’m gone.” 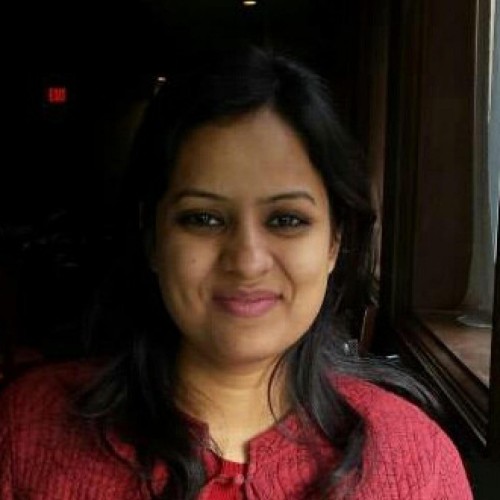