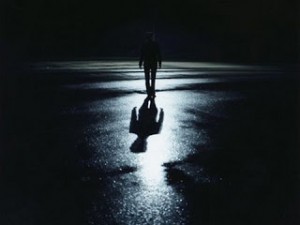 Little Mini closed her eyes. She is exhausted and does not want to open her eyes. “She is going to die. Nobody can wake her up now. Let everyone cry.”

Mother’s suppressed sobs and Daddy’s aggressive talk are disturbing her. “Can’t they keep quiet?” How long was this going on? It is impossible to take rest.

“What does the doctor say? Won’t she recover from this shock? Shall we, take her to some other hospital?”

Prolonged crying has changed mamma’s voice.  Poor mamma. Mini wanted to console her mother. No she won’t open her eyes, because you cannot die if you keep them open.

“Consulting another hospital will only invite more disgrace. What else?” Daddy still sounded angry. How he had shouted and beaten her up. Was it then that Mini began to contemplate about death? She can’t remember. Even after closing the eyes, those scenes do not vanish. Who brought that policeman? Daddy was saying that the hospital people were behind it; that policeman is a nut. I must ask “shakthiman” to handle him.

He was pretending to be very loving while asking all those questions.

“Did you call him or did he come to you?”

Mamma screamed when she heard that. That was when Mini decided to die. Even after she closed her eyes and lied still, the policeman went on questioning.

Doctor Aunty came and sent him away.

Heard what he told Daddy while going out?

“Call me when she awakes. I still have more things to know.”   Only if I wake up you will be informed, Isn’t it?

“I can take no more of this I am tired.”

Now it is daddy who is breaking down and mother is consoling him.

“All this is fate. We will go and live somewhere else with our daughter.

“Where to? These press people will write about it. Are they inhuman? Don’t they have daughters?

Somebody is knocking on the door. Who is coming? Perhaps, the nurse. More injections?

Cannot find out who is coming. Why is everyone silent?

“It was shocking. So cruel could you reorganize the culprit?”

“We did not say anything to Nilu. She is too young to understand all this.” Sheela aunty is also there.

“Where is Nilu? If only Nilu had come, I could have found out about yesterday’s Poppe show.

“Still who did this drastic thing? Terrible. Rajan and Geetha, did you return late from the office?

“Don’t cry Geetha. The inevitable has happened. What is the use of crying? Anyway you change Mini’s school. When her old friends desert her, she will feel bad. Let us make a move. Neelu is in the car.

Why didn’t Neelu come to meet Mini? Why had she remained in the car? Minikutty and Neelu love each other so much. Why did Sheela aunty speak about changing the school? It seems her old friends would desert her. Minikutty couldn’t follow the reason behind that. She never had a fight with anyone.

“Oh! What a fantastic love! Just came to aggravate our agonies. I cannot bear this” Mother is getting annoyed now.

From now on life is going to be like this for us. If only people would leave us alone instead of coming and sympathizing like this. There is no fury in father’s voice now.

“Please call sister. The drip is almost over.”

“I can’t Geetha. I just don’t have the strength to get out of this room”.

“I will go and tell. My daughter did not commit any mistake.”

It seems mother has gone. Could hear the door being closed.

“Oh! My darling daughter. Nothing is wrong with you. Open your eyes and say something. You are papa’s darling”.

Father kissed her forehead and tears fell on her face. Even though he occasionally gets angry, papa is actually a weak person. Mamma might cry and short, but she is capable of facing anything.

Sister came and removed the drip. Minikutty felt a slight pain. Doesn’t matter. Such insignificant   pains are no more a problem for her.

“We will fix the drip again in the evening. Doctor said she requires one more bottle of blood. When she wakes up you can give her tea or rice soup.  When the urine bag is full, you can call me” Sister left.

This sister is saying too many things and too quickly. Just like Shalini teacher. How can she meet Shalini teacher if she changed her school like Sheela aunty suggested. A few days back mother said that the school need be changed only in the 8th standard.  Minikutty is now in fourth standard.

“Molu, drink some water. Mamma will spoon feed you.”

Feeling very thirsty. But Minikutty won’t be able to die of she opens her eyes.

“Darling, mother is shaking her.

“Can’t mamma shake her gently? Her whole body is aching unbearably. Over that comes mamma’s shaking.”

“Mamma’s golden girl is alright. Mamma and Papa are there to get anything for you. My kid, please open your eyes once.”

Hearing Mother’s sweet talk, Minikutty feels like opening her eyes.  It makes her skeptical about dying. Who else in there for mamma and papa other than her?

“Who is knocking the door so loudly?” What happened sister? I just cannot believe. Who has hurt my daughter?

Oh! It is Gopu uncle. Uncle is Minikutty’s best friend. She was pacified.

“Molu, why are you sleeping like this? What happened?

Now Gopu uncle is also shaking her. Don’t they all know that it is hurting her?

Mother is crying again? “She is silent Gopu; and also keeps her eyes closed. Doctor says she is under a shock. You please call my daughter, and ask her to say something.”

It seems my mother is not going to stop crying.

“Brother, do you know who the culprit is? Whoever he is, I’ll kill him and won’t let him go even if I die.”

Gopu uncle is talking just as in the movies.

Mini should open her eyes to identify the person. Even then what is the use? Isn’t the life of my child spoilt?

“Please, brother, what if your too begin to talk like this? What has happened to her? Nothing.  Wounds occur in an accident. They will cause pain too. When the wound heals the pain will also disappear. It’s only that much.

Listening to Gopu uncle’s words is consoling Mini. But what was her accident? A monster had abducted Mini and wanted to eat her. Mini was scared and screamed. The monster closed her mouth. She doesn’t remember anything else. Later she remembers her father beating her. When did that stupid policeman arrive? Minikutty never invited the monster as the policeman asked. He came when she was sitting in front of her house after alighting from the school bus. She can clearly remember that she thought he would kill her; and suck her blood just like the monster in Amarchithrakatha.

“Gopu, you just go to the police station. We will pay them any amount of money to hush up the incident without registering any case.

From the talk father sounds shattered.

“Brother, don’t be like this. Whatever has happened to Mini has happened. We should think that such a thing should never be repeated.”

“You can talk such things. But I cannot bear anything anymore.”

“Anyway I am not going to leave him alone. Whoever he is, we have to find him out”.

“I will tell you mamma.”

Everyone, father, mother and Gopu uncle were shocked. Mamma came running and took to her arms.

“Say it fast my kid. Who was that wicked man? Gopu uncle would beat him up.