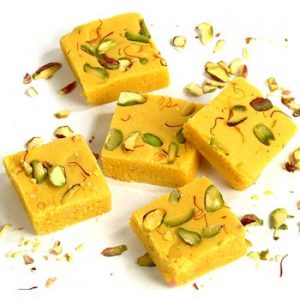 Still I can recall that day when it was raining cats and dogs. I was waiting under a tin shade of a shop, hoping that rain will stop soon. But alas! my hopes were washed out with a heavy downpour. I was not having umbrella with me. My friends went home early but I was waiting for the rain to stop. It was more than an hour I was standing there. I was thinking about my mother who might be worried about me. Next moment sound of a bell invaded my thoughts. I looked up to see and was astonished to see that it was the sohan papdiwala. He asked me, “where are your friends?” I replied that they had left early today. He asked me should he drop me to home. But I was afraid, my mother had instructed me never to take help from strangers. But he had an umbrella with him. “I have to reach home soon and the rain is also not stopping”. He said “I would drop you there tell me the way”. I took a deep breath and in the name of Almighty started my journey with him. In a few minutes we reached home. My mother was eagerly waiting for me in the verandah. At the sight of me she felt a sigh of relief. I thanked the sohan papdiwala for his help. That day he had already sold out his entire stock of sohan papdi so, he promised me that he would bring sohan papdi next day for me and for that I don’t have to give him metal plates. With time I moved out for my higher studies and in the course of few years I heard the sohan papdiwala passed away in a fatal road accident.

Twenty years have passed but I still remember those past events so vividly. Then I was a school boy now I am an Associate Professor. Then I was one among the crowd now I am an individuality of my own. I feel that small things do matter in life, that time I was not having even a single penny to buy sohan papdi now I have enough of that. I still recall that many times when my mother use to come late in the evening from work I had to depend on that sohan papdi for curbing my apetite. I was helpless, my parents had to go out for earning a living. I don’t wish to see my daughter helpless for anything. I will not let her face the hardships which I faced as a child.

When we reached the sweet shop, she hurried to the shop owner. She demanded to give her sohan papdi. I could not take my eyes off her, the way she was relishing her sohan papdi. She was contended and I could feel my hunger satiated by seeing her happy and contended. I was feeling the same satisfaction which my father always feels i.e watching me conversing in English fluently.

# Sohan papdi- a famous sweet dish of India made of flour, sugar and milk.

# Verandah- Space in front of main door of house.