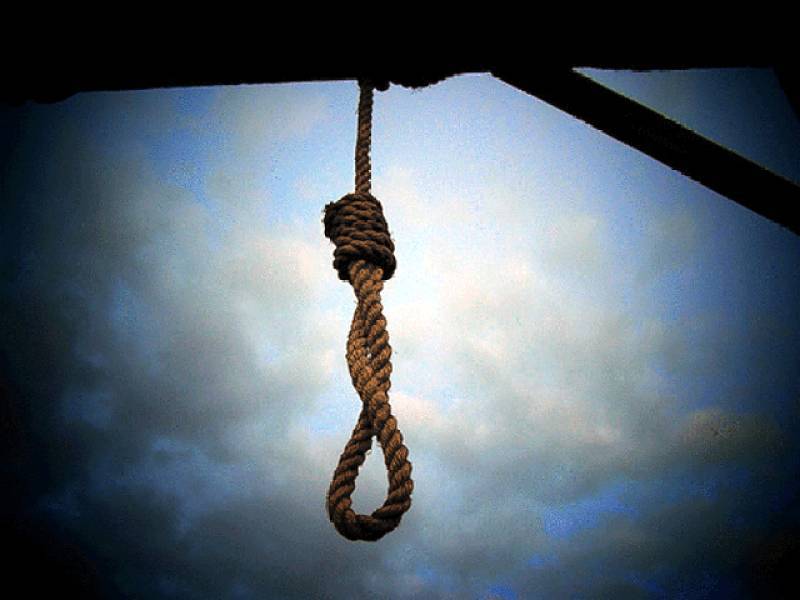 After six hard days of labour, it was Sunday again. The only day when Chotu would take a bath, put on the only fine pair of pants and shirt he had and wait for the guard to strike the giant bell. As soon as the bell rang, he left his cell and moved towards the prison lunch hall with the other inmates. But somewhere in between the corridors, he went missing. No one seemed to have noticed his absence.

Ditching the crowd of the fellow inmates, he had ventured into a dark corridor that led him to a big rusted iron door. The door held no charm to him. It was only that wall on the left which contained something he had started valuing more and more every single day.

Squatting down on his knees, he pulled a thumb-sized stone from the wall and looked through the hole. For 15 minutes, he sat there hurting his knees. But not for a second did his eyes rest. He just kept looking harder, trying to focus every time his vision blurred because of the effort. The very moment he gave up all hope, she appeared, accompanied by a man about the same age as her.

“Tara, mere bache. Mubarak ho” spoke Naman dada stepping into the room and embracing his daughter. The other man touched his feet.

Just then, by instinct Chotu knew he would never see her again. It crushed him. Deep inside, he felt betrayed.

“Tara” he whispered to himself. A tear escaped his eye and fell on his right foot. It made him shiver. He looked down at it and wondered at the intensity of emotions that the small droplet held within itself. Within a few minutes, there was a commotion in the room. He quickly looked up through the hole once again.

She was hugging her father. They were smiling lovingly at each other. And then she motioned towards the door.

Chotu was furious now. His eyes were not letting him see her clearly. He had to wipe them again and again with the back of his sleeves.

The very last moment before walking out, she turned to look at her father. Just then, just then, he blinked. She was gone.

Oh the horror of not being able to see her smile for the last time. Chotu was deeply shattered. He sat there hurting his knees awaiting one more chance to see her. He thought of all kinds of excuses which could bring her back, just once. Maybe she forgot her purse, or she wanted to hug her father once more. Oh please, just once.

Naman dada came back with a box of sweets for all the inmates. He was revelling in his “promotion” as the Indians love to call it. He didn’t offer it to Chotu though. He just placed the open box on the table and picked up his book without exchanging a single word with the boy. They hardly ever did. That night Chotu wrote in his diary.

I can vividly recall the time I saw her photograph as it slipped out of Naman Dada’s book and landed under his bed. I got down on my knees and moved my hand blindly looking for it in the dark.

It was a picture of her. I heard someone approaching. By instinct the picture went into my pocket and I placed the book at the same spot to avoid any suspicion. Namandada came inside the cell; he looked around for a while, picked up his book and left without saying a word. We have been in the same cell for months now and not once has that old man ever exchanged a word with me. I never tried either. It’s probably because of the age difference. I am nineteen and he’s got to be more than forty or so. They say he murdered someone.

That night when his snoring assured no danger, I pulled out her picture and looked at her. She was smiling at me. No girl has ever smiled at me like she did. She had looked straight into my eyes. Confident, stubborn even; unlike the other girl I remember. She was wearing a pink suit exactly like the ones Nikhil Bhaiya used to sell to his female clients. It was pink with a multi-coloured chunni and chuhidaar pajaami .It was a complete picture of her, from her smiling face to the toes. For days, I didn’t know what to do with the picture. Every time I thought of looking at her other body parts, she seemed to smile a wider smile at me. She was pretty in that picture. That night I just kept looking at her, her smile, her dimples, her hair carelessly slipping on her face,  her slim figure, her small breasts and the pink flower she held so delicately in her right hand caressing it with the other. She seemed so comfortable in front of the camera unlike most girls who would shy away. She was simply beautiful. She aroused a different feeling in me.

I haven’t seen that picture since the day I dug the hole in the wall. Those 5 minutes I hurt my knees to get a glimpse of her just mark my week. I dress up in my fine clothes so she would smile at me the way she did in that picture. Other than that smile she occasionally smirked at her father by cracking some joke and I would laugh with them not sure if I had heard it right. Just smile and laugh with her for those five minutes of the week.

Tears escaped from the corner of his eye as he wrote the last words. He put his diary inside his locker and pulled out her photograph once again. For the first time in all these months he realized the gravity of his crime and blushed at the very thought of it. He was ashamed.

The next day Chotu was found hanging from the ceiling fan. It was assumed that he had committed suicide. He had been charged with the serious crime of raping a minor girl.

The last few pages from his diary had been ripped out.

“Son of a bitch” Naman Dada had uttered in disgust while putting the picture of his daughter inside his pocket.