The Long Dark Tea – Time of the Soul – Raman Sathiapalan 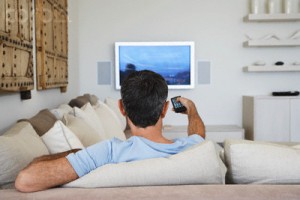 The last of the intermittent rain showers is here. Like a dying man’s final battle, there is an increase in its intensity, but one knows the drops will cease to fall any minute.

A lone street light illuminates a grimy alleyway in the one of the less fashionable parts of Chennai. An overworked clerk makes his way home, the water squelching beneath his feet.

It is late by anyone’s standards, especially by those of the denizens of Chennai. The mighty metropolis has an almost non-existent night life.

In the real world, that is.

The exhausted clerk reaches home. Stepping out of his wet sandals, he switches on the light and fan before impatiently brushing aside a clutter of books from his couch. Getting himself a bottle of water, he crashes in front of an archaic TV set.

Soon the constant dull thud of the rain pattering against the window is enveloped by noise from the TV.

The clerk sighs. Another scam. Another corrupt minister. Another loud altercation. The panelists on the news channel discredit each other, hurling derogatory remarks and accusations across the studio. All they do is blame each other, the clerk reasons. He could spot not a glimmer of genuine concern on any of those faces.

The clerk is depressed. Disgusted. Tired of the way things are going. His life is nothing more than an endless routine. His ennui after doing the same clerical job for over a decade is understandable. He brushes his greying hair from his forehead.

The newsreader on TV tries desperately to maintain order with no apparent success. Everyone speaks at the same time, everything is incoherent. Now the clerk realises why people watch the news.

Pure entertainment, nothing more. No one expects anyone to show genuine concern. Grandmothers watch soap operas, the slightly younger men watch the news. It’s all the same.

He continues to watch the news. A feeling of absolute helplessness wells up in his stomach. A twisted, mirthless laugh escapes his lips.

He glances at his watch. The neighbours upstairs have begun playing old Michael Jackson songs – something they do unfailingly every night. No one complains. No one cares. Everyone puts up with everything.

The neighbours have turned the volume up. It is now so loud that even noise from the TV is engulfed completely. The clerk has heard the song playing several times before, from the same source. He is vaguely familiar with the garbled lyrics.

In the suite, on the news

All I wanna say is that

They don’t really care about us.

The rain continues to fall, and the alleyway is even darker. The streetlight has stopped working : another thing that happens routinely every night. People have stopped complaining. The corporation hasn’t done anything about it in seven months.

The street light has ceased to function. The mournful ghost realises he can affect the real world only in such subtle, unimportant ways. He is nothing more than a flicker – a trick of the night.

He drifts along, savouring the dark, gloomy atmosphere. Unaffected by tangible things like the rain, the ghost moves closer to his destination.

He thinks about his own stay in the real world. It is nothing more than a sequence of misty images. All he remembers is his death – a car accident. He wasn’t taken to a hospital on time. No one mourned his death. No one attended his funeral.

Humanity was – is – rotting away.

The world went on unaffected. Now all he wants is to find someone who cares. Someone who is genuinely disturbed by the way things are going. Someone who feels what he felt after he died. That would be his redemption.

The ghost reaches his destination and pauses outside the window. He is nothing more than a passive observer.

He observes the clerk’s body. His every twitch. He watches him stare into the television.

He observes the clerk’s mind. He detects the strong waves of anger, despair and disgust.

This was the man he was searching for. This man was still concerned. Still not immune. On this very night, the ghost decided, this man would decay from the inside, powerful negative emotions driving him mad. His enmity towards the world in general would consume him.

The clerk sits, fuming, watching the faces on TV scream at each other. Thunder strikes outside, and the rain continues to lash down on the windows. The anger in him has reached its zenith. Everything is pointless. What is the need to continue his cursed life in this cursed world? Yes, maybe it is time to put an end to it. And move on.

He feels the irresistible urge to break something. He punches the remote, thereby inadvertently switching channels. He looks up at the TV, surprised. He feels like he has just snapped out of a trance.

Immediately, the anger dies down. The growing anguish in him was nipped in the bud. Football is a sport that he had enjoyed playing and watching since childhood. It comforts him. It makes him feel that there is still light in the world. That all hope is not lost. He settles down, remote in hand. Worries and complaints forgotten, he watches the match in progress. 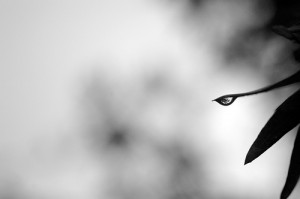 The street light has come back to life. The ghost departed the moment it felt the clerk’s time would be up. There had been no need of floating about in the real world anymore. He felt better. Reassured. It was time to move on.

The clerk has fallen asleep. The muted TV has been left switched on.

His chest rises and falls rhythmically. He is at peace.

The rain has stopped.