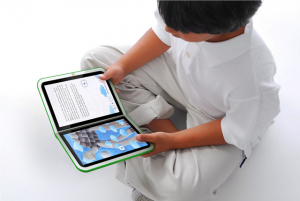 A Pew Internet Research Center survey released Thursday found that the percentage of Americans aged 16 and older who read an e-book grew from 16 percent in 2011 to 23 percent this year. Readers of traditional books dropped from 72 percent to 67 percent. Overall, those reading books of any kind dropped from 78 percent to 75 percent, a shift Pew called statistically insignificant.

Those owning an e-book device or tablet jumped from 18 percent to 33 percent, with much of that increase coming from last year’s holiday season, when millions received Kindles, Nooks and other e-readers as gifts.

The telephone survey of 2,252 people aged 16 and older was conducted from Oct. 15 to Nov. 10. It has a sampling error margin of plus or minus 2.3 percentage points.

Three Poems for Her

Evaluating the History and Political Transformation of the Shudras