Ring out the Old and Ring in the New 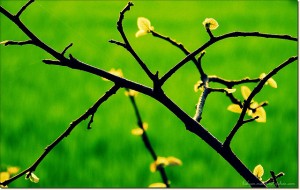 There are different philosophical perspectives regarding life and time. Modern management Gurus teach that one has to fully live in the present simply nullifying the past and the future, while new millennium business tycoons think and discuss about 5 year, 10 year and 100 year plans for future. I think, all the three times are vital for human life although present commends utmost importance since it is always here to be lived according to our will. Past must be always there to learn and future to dream and hope for.

When Tennyson in his famous lines says, “Ring out the old, ring in the new”, it doesn’t mean, past must be completely rubbed off from human memory, rather it drives home the importance of renewing ourselves every moment according to what the world offers to us in each fresh moment. Change is mandatory and change is life. Hence 2011 is going to bring with it so many changes: pleasant and unpleasant and human spirit must change to match it.

People always tend to make extreme views. Some are mere pessimists always and they say, last year was extremely bad and the coming year will be worse (life is deteriorating) on the other hand the absolute optimists see only good in everything. But when we have a balanced view we are closer to reality. It is true that everything is changing always and the world and human spirit as a whole are becoming better comparatively. But at the same time change is cyclic: the same troubles and same joys pop up again and again in different forms.

Even though we say the world is a better place now, comparing to the barbaric times and dark ages there are still exploitation, injustice, bias, enmity etc. in different forms. So literature also has the same role to play but in different ways. Literature should be up-to-date and modern enough to record and reflect the modern times and fight against the new evils. For instance, now, more than any other times there is a need for more poets and writers to give voice against the voiceless i.e. animals, birds and nature because the planet earth is under threat due to the unfathomable greediness of some people.

No doubt, literature is changing and new writers are blooming with newer experiences and experiments. Perhaps one of the duties of indianruminations is providing a brooding ground for them. Because literature is the only complete mirror of life and times and writers the conscience of society and both must be flourished for the well being of life. Our readers, writers and well wishers gave relentless and enthusiastic support to indianruminations in 2010 and we expect the same in 2011 also. Ruminations will be with you to reflect and interpret life truly throughout the coming year. Let our spirit find boundless freedom to reach humane fineness.