Crumbling leaves…No, They are fragments of lives – Aiswarya T Anish 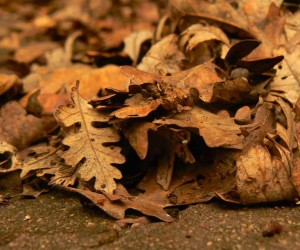 when will MAN fathom his inexorable peril?

As he rampages through time, oblivious of the devil.

Vaporising the last drop of tears

While drilling into mother earth’s ears.

But he, insatiable in his sinful thirst

Lets riots in his kingdom burst.

Starts war at the drop a hat, spilling blood like wine out of a vat.

Their shrieks and cries dying in their throats.

Ignorant and callous in his cruel bliss.

Under a pale sky, in torn shifts run vagrant kids-

An agony of   helplessness   in their midst.

Each day bringing  bitterness and desolation.

People in shacks built on quicksand

With no semblance of hope at hand.

Showing   lines of pain instead of brawn.

When the unfortunates  extend  a  bowl

For a kind  deed  from  a  helping soul,

But can you deny

that those heart-breaking departures

are  the ones you see day and night, night and day

when you live and when you die?

Muted sorrows as they churn out those…

Crumbled out under generations

Crumbling and vanishing into the dust,

Born from dust and into dust

Ending as they began