I Felt THY Presence !!! – Preethi Padmanabhan 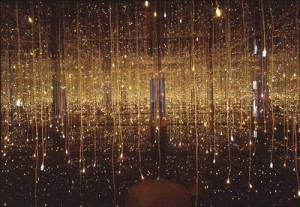 Amidst the not so surprising milieu of mine,
In the surreal melt of it, a real force, I beheld shine!
Aghast was I, for had never, an akin envision,
But what bliss it graced me, for it prophesized a divine fascination!
Ah! I pranced that moment for having felt the cognizance,
Should I say I felt thy presence?
Had never the joy of being abroad,
But that moment strewed me a feeling bruiting abroad!
In the powerless mind game of my milieu,
Gushed in a brisk might, bidding its adieu.
All of a sudden, was a fear disappearance,
Yet again, should I say I felt thy presence?
Solemn and baffled was I,
As to who was alloying dirty mind shy.
Though fantastic seemed my time thereafter,
Yet, it left an unanswered question to ponder.
Sudden marvels began dwelling in my heart; boiling hot,
Should I say, thy presence hit the shot?
As has always been my hope,
I surrendered under the feet of my “POPE”.
Yes, almighty was my only counselor,
Holding truth and trust in him bred all wonders!
So limpid and unambiguous stood proud; my heart,
He was my LORD; whose presence, I did feel,
Whose presence, I would hold fierce,
Whose presence, I would never part.
I wish in every soul, thy hand is present,
For, it is an ELYSIUM beyond a golden sand crescent!