Look Deep into Your Heart – P A Noushad, Kozhikode 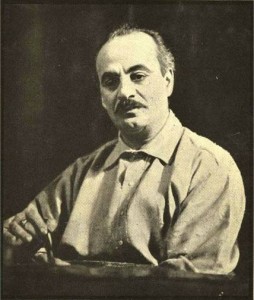 “Your hearts know in silence the secrets of the days and the nights. But your ears thirst for the sound of your heart’s knowledge. You would know in words that which you have always known in thought. You would touch with your fingers the naked body of your dreams.” The life on the brink of tears thirsting for bliss is a reality I feel in my life and when I go through the works of Kahlil Gibran. I touch the depth of insight about the life on the earth ,the five senses which are not kept healthy for long for us remain the feeling of uncertainty. ”When you are joyous, look deep into your heart and you shall find it is only that which has given you sorrow that is giving you joy.” Even though we may reach at the top of material growth and attainments we cannot keep them for long because when we conque the world age a conquers us by death. The bitter experiences of life will pave the way to enjoy the little happiness of life to the maximum. ”The deeper that sorrow carves into your being the more joy you can contain.” The Prophet, The Wanderer, Sand and Foam, The Earth Gods ,Nymphs of the Valley, Tears and Laughter, Between Night and Morn, Secrets of the Heart, Spirits Rebellious, The Broken Wings are some of the remarkable works of Kahlil Gibran. He was born in Lebonon in 6th january 1883.The society was going through a depression as the result of the first world war. Gibran with his mystic touch on the wings of eternity tried to console the wounded hearts underlining the limitations of industrial revolution and incessant struggle for the material development which alone will not quench the thirst of our soul. Even though mountains, vallies and natural beauty of Lebenon inspired Gibran much he settled in America with family in 1895. As a dream Gibran embraced America but eventually realized the problems and weakness existing there. It was a great encouragement for Gibran when one of his paintings was selected for Rubaiyat of Omar Khayyam. Gibran got the chance to analyze the cultures of Lebenon and America. He turned back to Bairooth in 1898 and got the opportunity to learn the Arabic literature and began to write stories and articles in the Arabic daily known as Al Muhajir.During. This time Gibran published ‘Nymphs of the Valley’ which was in Arabic. In 1908 July 1 Gibran left for Paris where he got the opportunity to make friendship with many painters, writers and other talented personalities-Siriyan poets, English painters, German musicians were among them. In 1923 October The Prophet was released which made him sit in the zenith of his fame. Another wonderful creation of Gibran contributed to the world in 1928 was ‘Jesus,the Son of Man’.In 1931 April 10, at 10.50 pm he embraced eternity. ”For the vision of one man lends not its wings to another man.And even as each one of you stands alone in God’s knowledge, so must each one of you be alone in his knowledge of God and in his understanding of the earth.”