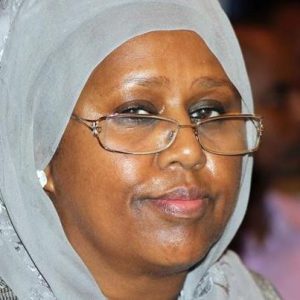 Somalia, a country ranked as the fifth worse place in world to be female in 2011 global survey appoints a female foreign minister. Fauzia Yusuf Haji Adan, one of the two women in 10 minister cabinet is appointed as the foreign minister of the country. It is the first time a woman has held such a senior position in the conservative Muslim state.

About 95% of Somali girls undergo genital mutilation, usually between the ages of four and 11, domestic violence is commonplace and access to education is rare. When the survey was released, the then minister of women, now named minister for development and social affairs, Maryan Qasim Ahmed, said she was surprised Somalia was not in first place, describing it as “a living hell”.

Qasim added: “The most dangerous thing a woman in Somalia can do is to become pregnant. When a woman becomes pregnant her life is 50-50 because there is no antenatal care at all. There are no hospitals, no healthcare, no nothing.

“Add to that the rape cases that happen on a daily basis, and female genital mutilation being done to every single girl in Somalia. Add to that famine and drought. Add to that the fighting [which means] you can die any minute, any day.”