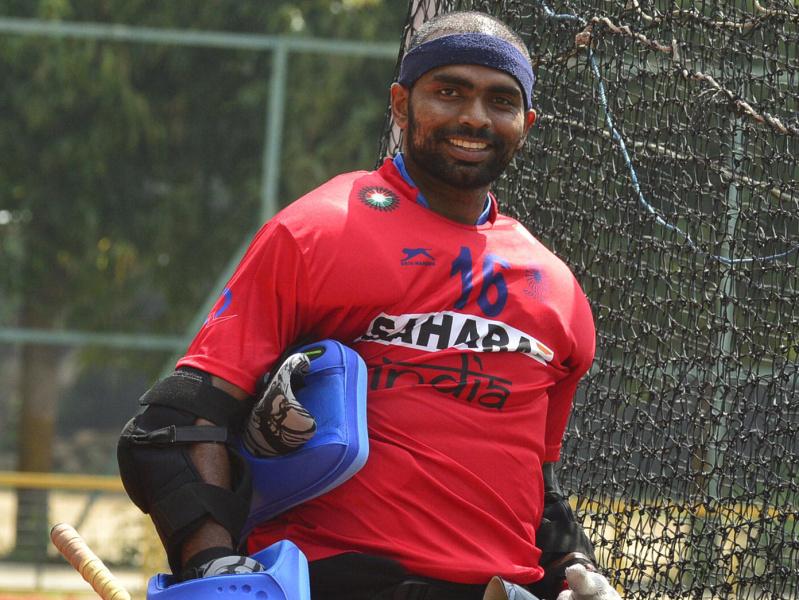 “I would like to dedicate this award to my team. We have grown from strength to strength and have enjoyed success as well as lifted each other from heart-breaking defeats. My recognition could not have been possible if not for the team work,” was the official reaction of Indian senior men’s hockey team captain and goalkeeper P R Sreejesh to the Padmashri award.

P.R Sreejesh, the goal keeper of the Indian hockey team at 2010 Hockey World Cup is honored with the Padmashri Award this year (2017). He played an excellent role in the first Asian Champions Trophy, 2011 in which India defeated Pakistan 4-2 in the final. Sreejesh started his international career in 2004 with the junior Indian team in the Test series against Australia at Perth. He represented India in Men’s Hockey during the 2012 London Olympics.

PR Sreejesh is the first hockey international to emerge from the state of Kerala in many years.  Sreejesh from the Kizhakkambalam village, in the Ernakulam district of Kerala belongs to a family of farmers. He completed his primary education in St. Antony’s Lower Primary School in Kizhakkambalam and he studied until sixth standard in St. Joseph high school in Kizhakkambalam. As a kid, he trained as a sprinter, before moving on to long jump and volleyball. At 12, he joined the GV Raja Sports School in Thiruvananthapuram. This was where his coach suggested that he take up goalkeeping. However, he became a professional after he was picked by hockey coaches Jayakumar and Ramesh Kolappa at the school, following which he played at the school before playing at the Nehru Cup. He completed his graduation in History from Sree Narayana College, Kollam, Kerala