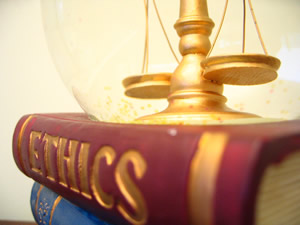 A very frequent accusation of parents today whose parents in their time expressed grief about their lack of ethics and whose parents in turn grumbled of their hostile attitudes, whose parents again concerned about the decline in tradition. The succession of change in culture dates back even to times when what we now call ‘our culture’ and ‘our ethics’ were not even formed. It is evident that we have continually felt the breath of changing values and cultural shock breathing down his neck; following him relentlessly over ages and posing him the same apparent danger that we claim to face today.

All around us is making over. Alternation as we maintain is the side effect of growth which possibly corporeal, psychological, economic, social or just plain overall development. But, the alternation that we consider has a wider undertone and a much greater role to play in our lives than any other kind of transformation.

We would fairly term alternation as both the consequence and the precursor of growth. Growth counts on people’s enthusiasm to change or alternate, to take in hand more perilous and to dispose of damaging beliefs. The amount of change defines the growth grade. So, this transformation in culture or values can be either adverse or favorable. Wasn’t the closing down of Sati and Female infanticide a cultural alarm and a change in values to many? But do we sort this change as unneeded? All change in principles needn’t be uncalled for.

Talking about Indian Culture, what exactly is this? Isn’t it true that the values of north Indians differ from the values of south? East region from the west? One state from another and one city from another? So, how can we notify each other to abide by Indian culture if this term is but an ocean of different thoughts, ideas and cultures?

We brag of unity in assortment. Where did this assortment arise from? The rareness of our immensely complex society is the end product of the eagerness of our ancestors to learn more and live better. Our values, that we hold these days, are a vague blend of principles from outsiders being merchants, voyagers or even colonists.

Our nation is just similar to a colossal tree whose roots have dug deep and far into foreign soils, taking in the nutrients of alien customs and uniting them with our own in such complex weaves that they become our own. We nurtured robustly and germinated new leaves and built a nation on values which we assert to be our own, not realizing where our roots drew water from. So, while parents instruct us to follow Indian tradition, they are just referring to an assortment of basic ethics and approved code of conduct and decency in their society.

Consequently, where is the panorama of changing values when we are not convinced ourselves of what these values are? When you delve deeper, most of the things, which we make out as traditional, may be seen as vulgar in other societies. In the west which is identified by us as fairly absent in values might think that our traditional saris with the belly showing, is something fairly offensive.

Traditional values are changing. We are aping the west and making monkeys of ourselves. While Hollywood is exalting the history of their own people and making movies like ‘Gangs Of New York’, ‘Pirates of the Caribbean’ and other epics, Bollywood is keeping busy itself with frantic efforts to make proletarian. ‘American teen’ like movies and Hollywood flicks. While we blitz remixing songs and duplicating English videos, we are slowly stepping away from the path of originality and individuality.

The young generation today not only learns from the west, but they love their great ancestors who built this nation are combining this knowledge with our own culture and now a time has come where the west is aping the east. But they still yearn for a change in ethics. They insist freedom. The nation has freedom as well, but this freedom is bound by fine threads of cultural restrictions and traditional boundaries. When an Indian goes abroad he is dealt a huge blow from cultural shock. He is not ready for the way of life outside. Indians are brought up a little less independent and a little more disciplined than other countries of the West.

But I do not wish to simplify, as there are Americans and Englishmen who probably have more culture than us and at the same time Indians who have more sense of independency. But when it comes to majority, the west definitely has more freedom. But this liberation does not come free.

The transformation in values may take in change in ethics, principles and custom. But culture shock contains the change in lifestyle itself. It is the perplexity one facing with while he is abruptly exposed to a cultural setting radically different from his own.

A subject which is flaming the hearts of the so-called traditional side of society is the failure of the youth today to speak in their mother tongues. I must admit that if I were to write this essay in my mother tongue and wouldn’t have been capable to get over to you half of what I sought to say. So, who is accountable for this? The students, who shun their roots or the parents who put these children in English medium schools?

And the most imperative question is – what is to be done? Both parents and children need to get their heads straight. The parents must persuade their children to speak the regional languages so that they can keep their national tongues alive. The youth must take pride in their culture.

Eventually, our teachers need to learn by heart that teaching in the native language is imperative. They should desist from educating in English. All forget that English can be taught by speaking in the mother tongue. Indians, need to realize that English should be learnt and spoken like a native not like an Englishman who thinks in English. Clearly, this is inapt.

Our clashing ideals have sourced splits within the same faith resulting in groups. Christmas becomes more about gifts and Christmas trees and Santa than about the birth of Christ. Eid becomes a time for dressing up and eating plenty instead of spreading peace and universal brotherhood. Diwali is more about the crackers and sweets today than of Vishnu’s victory over Narasimha.

Do we want our nation to be handicapped in globally just as we want to speak like our fathers? Keep the national spirit alive, but don’t encumber development. Or else, say goodbye to future of those who can do India proud by winning universal acclaim and acceptance.