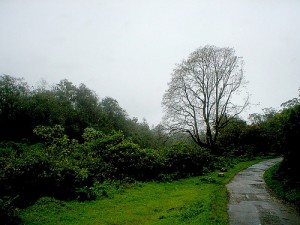 Rajesh slid the sofa to the recline position, to watch the shimmering greenery of the mountains in the setting sun. He is back after travels through rural Kerala, a pilgrimage he undertakes, to re-connect to the spirit of the land, which he believes, formed the fountain springs of his success. From the beginnings in a remote village, and poverty, he has journeyed a long way, in every sense of the word. He scanned through the mail piled during the last month, mostly information from the banks, investment funds and money making options. They are important, but of diminishing value.

The envelop from KMS Hospital, Kuttiadi, he opened, the discharge report. He was there for a week; they saved his life, where he was admitted for severe internal bleeding.

Rajesh sat straight, surprised, who are they talking about, the sixty year old gentleman appeared to be a total stranger, never heard of him. He had been many things, good, the bad and nothing; son, father, engineer, manager, scholar…. , but never something as well defined as this. This is an identity, as unique as the finger prints. Here is the irreducible physical summary, sixty year old with a list of dysfunctions, devoid of the props and camouflages of life. The medical report was without any embellishments, as they usually are.

The notion of a new type of identity, based on invisible physical reality, was a surprise. Many things exist in front of our eyes, but we are not conscious of them, simply because we have not deliberately focussed our attention on them. It was a moment of eternal truth for Rajesh.

This journey to Kuttaidi has been of singular importance, he has bought a piece of land and house there, with mountain views and a stream by the side. It reminded him of his childhood years when he used swim with his friends in a nearby stream. It had to be done when his father was away; who thought it was a waste of time, while his mothers approving silence said it all. That silence materialised as the new house and land years later, that is how he explained the spontaneous liking and the decision to buy it, when he first saw the land. These days he often recalls the early memories, almost relives them, while he forgets what happened yesterday. Forgetfulness sifts through the significant and the trivial, matters of the heart remain while others vanish in the sands of time. The surges of early memories seem to drown the more recent ones, as though a natural process of life cycle.

The childhood days had a simple irreducible identity, like the medical report, Rajesh, Chathu Master’s son, nothing more was needed as identity, no one asked for anything more. There were no props, nor camouflage. Then the life became complicated, with evolution of an identity through education, job and income consumed most part of the life. These identities were ephemeral, suspended in the web of interpersonal networks, business and professional interests. They need evidence, documentation and social support, they are socially constructed.

In his new house, he is a “nobody”, he has moved there only last week, has not yet talked to the neighbours. He had only a minimal courtesy talk to Chacko who lives next door. The urge to be back home was overpowering. Chacko seem to understand it, he was in the US.

Rajesh had some inkling of how it all will work out, like how we all have a selective memory of our hunches and insights after the event. It really cannot be dismissed as such an episode; Rajesh was fascinated by the Hindu idea of four stages of life, Balyam (childhood), Grihastasram (householder), Vanaprastam (jungle life), and Sanyasam (renunciation). He knew he has finished the Grihastasram, finished with the task of a householder, raising a family, seeing the children through to adulthood.

What could be Vanaprastam in the modern context; he wondered? It cannot be living in the jungles as the term implies. There are no more jungles to live in, they are all income generators as wildlife sanctuaries, trekking landscapes, wilderness resorts. May be urban areas with towering skyscrapers, meandering subsurface water streams pipes, enmeshed wines of power lines, wheeled animals …the urban jungle cannot be the Vana of the Hindu sages.

In the modern context, what is feasible is the attitude and frame of mind of one living in the jungles, where one has to rely on the intrinsic skills and the knowledge of the surrounds while being alone. It can be some kind of back to the basics supreme self sufficiency. The socially constructed identity has no peg to hang on. Only the irreducible identity can survive during Vanaprastam. Rajesh thought of the medical report.

“Papa, this house is fantastic with its own natural waterfall…we have only a small pumped up one in the sitting room”. That is Vivek, who came to see the new house of his grandpa. 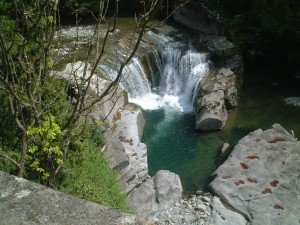 As a typical five year old, he was eager to get into the water.

“Papa, I am going to have a shower in it..I am going to stand under the water fall..” he yelled as he darted to the stream.

“No…no ..the water is dirty…don’t go there..god knows what people were doing in it in the upstream..” that was Rajesh’s son and his wife, in unison.

Vivek was disheartened; he looked at grandpa, expecting to say something, to give him approval to go ahead, at least by a silent nod.

“Ozukulla vellathil azukkilla” ( there is no dirt in a flowing stream) mother used to quote the proverb in Malayalam, Rajesh remembered.

He didn’t say anything, his son and his wife cannot understand Malayalam. Many a times he had felt the pangs of regret and sadness, he did not teach the mother tongue to his children. It was thought of as a futile sentimentality with no 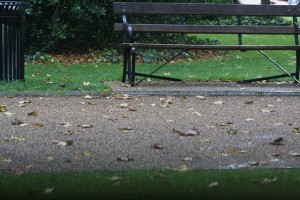 practical benefit. Little did he realise that the values and culture as a Malayali are framed by the myths, legends and proverbs that adorn the richness of mother tongue.

Rajesh thought of the distant future, how will Vivek find a home to retire into, where he will not be lonely even when alone? In some imperceptible ways the childhood memories materialise. May be he will be in a retirement home.

Rajesh knew that he will not be lonely as long as those early memories are alive, something to ruminate on. The land title and purchase documents should have been signed with crayons, he mused.

In the distance the mountains have turned dark, the roads showed the winding path to the top.