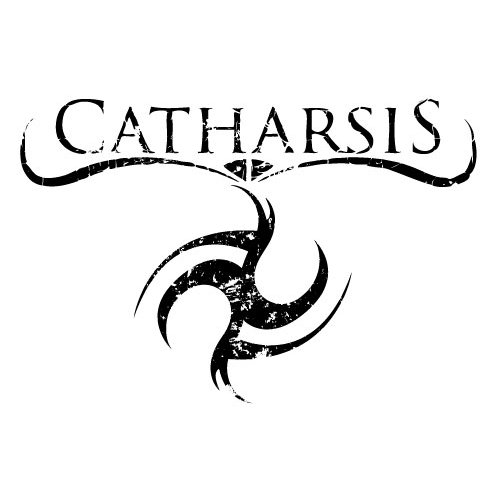 ‘Thinking will not overcome fear, action will.’ – W. Clement Stone

‘To escape fear, you have to go through it, not around.’ – Richie Norton

‘Always do what you’re afraid to do.’ – Ralph Waldo Emerson

Aarav flashed his toothy grin as the bell rang loudly, resonating throughout the entire school, cutting of the history teacher rather abruptly in the middle of a session when she was teaching something really boring about pottery in Mohenjo-Daro. The bell signalled the commencement of the break for all students of the school for a little snack.

Aarav watched as the teacher walked nonchalantly out of the class and he turned to fish out his snack, unaware of the mischief that had taken place a few minutes before the period ended. He dug his hand inside and began groping about for the box. But something else greeted his prying fingers. Something really wet and gooey. He instantly retracted his fingers and peered inside fearfully, imagining the worst. Inside lay his prized doughnut, smashed beyond recognition, the insides of his bag slathered with a thin layer of white vanilla flavoured cream. He heard a few snickers and muffled giggles behind his back, and realized who the culprit was.

It was Avinash and his gang, notorious for their mischievous acts of supreme villainy, excelling at everything except what was required of them to do at their age. Aarav could feel his face reddening, his eyes brimming up as he turned around to face the lunatics.

‘What do you want from me?’ Aarav asked through clenched teeth, barely able to hold back his tears.

Avinash was the one who spoke up. ‘What did we do?’ he asked as innocently as he could, barely able to hold back his sadistic amusement of his deed.

‘You know what you have done. I don’t need to tell you about your wrongdoings. So apologize and pay up. Or else I can do things to you that you can’t even imagine the horrors.’ Aarav said, his voice lost somewhere between anger and fear. In his mind, his shout was loud enough to frighten the Gods and his threat, great enough to bring super bad villains down to their knees begging for mercy, but outside, it was little less than a shout. Much less, actually.

Now, the major source of Aarav’s life’s problems was that he was pretty good at whatever he did. Almost too good. His talent, in a world such as this had turned out to be a curse instead of a boon. Most of the other students despised him, imagining some horrible alien being to pop out of its human like disguise and reveal the true source of his genius.

But there was one thing he wasn’t really good at. Nobody cared about it, but still he knew it within himself. All his parents cared about was his shining report card and the flowery praises they received about their only son at the end of every year. So his little inhibition had gone quite unnoticed. He hated speaking, especially in front of a class or even a small bunch of people. That was the reason why fear had crept into his voice while delivering that threat.

Avinash stood up abruptly, his round and uniquely delicate pot belly bobbing up and down with the sudden movement. His entire gang stood up a moment later, their faces expressing no emotion, their gaze cutting straight through Aarav. Aarav could feel his body begin to tremble; his legs grow weak under his weight as the sight of them staring blankly at him.

There were roughly three divisions in the class. The first one, comprising of Avinash and his gang. The second comprised of those who did not belong to Avinash’s gang, a kind of neutral party, watching all the fun unfold. And the third was the solitary and secluded little Aarav, subject to all the horrors imposed by Avinash’s gang. Whispers started running about in the neutral party like, ‘Aarav is so dead’ and some suddenly began to feel sympathetic and almost wanted to shout out to him to say, ‘Run, brother run! Flee while you still can!’ The ruckus which signified the usual ongoing of a school break had died away completely to be replaced by an unusual serenity that was unfamiliar to every student in the vicinity. All of them stood, breathless.

Aarav too had noticed the sudden quietude that had seeped into the crowds. His pulse began to quicken as he registered all the eyes fixated upon him.

‘You dare to threaten me?’ Avinash finally managed to say, still trying to digest the fact that the timid little Aarav had just threatened him a few moments back.

Aarav didn’t say anything. He wasn’t in any position to say anything. The situation was hanging on a very unsteady balance. One wrong step and all hell would break loose.

‘Did you just threaten me?’ Avinash asked once again, this time his voice louder.

Aarav could not bear the suspense any longer. ‘Yes. I did. Do you have a problem listening?’ he said, putting in as much courage as he could into those words.

Avinash’s eyes widened in horror as his mind registered the words Aarav had just spoken. He shook his head; this was going out of control. Nobody had ever dared to threaten him, much less dare to speak in a way Aarav had.

The entire class listened to the ongoing conversation with rapt attention. Even the best and the most favourite of all teachers had never been able to grab so much attention all at once. Even the enticing offers of treats and promises for free periods to the children had failed to guarantee such raptness among students. This conversation was going to create history and nobody wished to miss even a second of it. Even the whispers among the bystanders had died down completely.

Aarav continued after a pause. He could feel the hostile glares from Avinash’s accomplices but he had suddenly found a secret store of courage deep within himself and he had successfully tapped into it. ‘You think you can be big and bad and go about doing all that you want to do, enjoying the best few years of your life, mark my words, your attitude will not take you far. You think you and your gang can accomplish everything. But let me tell you, your so-called gang members will leave your side once they lose all interest in you or when you’ve served your purpose in their lives. Only true friends remain in one’s life. Statistics say, if you’ve got a friend for seven years, you’ve got a friend for a lifetime. But your gang isn’t going to last seven months!’

Avinash looked about self-consciously and his accomplices looked down momentarily but instantly looked back up to hide their intents. But here Aarav was in his own world, speaking his heart out.

‘Friendship doesn’t last with fear! These people fear you, abhor you but to sit along with you, they laugh with you at your pathetic jokes, unwillingly follow your stupid ideas to irritate others. To retain friendships, you need to learn to be more intelligent while speaking rather than just cracking jokes. Only then will people listen to you enthusiastically. You need to be more amiable so that people would really like to be close to you rather than submit to some peer pressure to join you in a conversation. It should not be the strength of your voice but the strength of your words that should inspire not force people do the work you want them to do. It should be force of your character that should beckon people towards you. Do even understand a word that I’m saying?’

Avinash stared open mouthed at Aarav. He had never seen anybody talk to him like that, let alone, Aarav. Memories flashed through his mind, one by one, all the pranks he had played at Aarav’s expense. He slowly realized the truth in his words. He had never thought in the way Aarav had said. He slowly shook his head in defeat.

Later when he had been asked how he had done it, he simply smiled and said, ‘All I had to do was just do it. That is all it takes. Just do it, without thinking of the consequences. Rest all will fall into place, always for the better.’