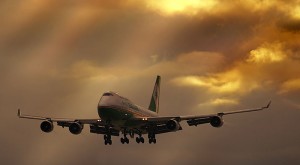 Disclaimer: All the Characters and incidents portrayed in this story are fictitious. Any resemblance of the characters to an actual person, living or dead, is purely coincidental.

“Ladies and Gentlemen, Welcome to Indra Gandhi International airport, Terminal 3. The outside temperature is 23 degrees. Please stay on your seat and keep your seatbelts fastened until the aircraft comes to complete halt. Should you wish to use your mobile phones you may do so”….

So many phones started to ring even before the airhostess could conclude her elocution.  One among that was Rahul’s. He picked up the call and said, “Yes.. Just landed and I’ll come out in 15 mins”. He is coming to Delhi for the first time to join his job with a multinational. Even before landing he could guess that it was raining heavily outside which caused his flight a 20 minute delay. While walking out of the aerobridge he felt that he missed the chance of getting drenched in the rain as he used to love walking in the rains.

After picking up his belongings from the baggage belt, he moved out to locate Sweta who came to pick him up. Apparently Sweta was his team leader and a very simple, humble and polite girl. She just arrived from Mumbai a couple of minutes before Rahul landed. It was obvious that Rahul was spell bound to see such a pretty girl waiting for him on his first arrival at Delhi with thunderous raining background music.

After the initial formal interaction both boarded the car. There was some silence between them as rain was doing the majority of talking. When the car passed Subroto Park, Rahul broke the silence. “The rains are so beautiful isn’t it?”… “No it’s actually horrible” replied Sweta…  Rahul could suddenly sense that his perception on Sweta had suddenly shattered.  Perhaps the silence made more sense to him now than the words she had spelt. He now tagged Sweta as one adamant girl with the corporate attitude in his mind.

More silence prevailed till they reach the Moti Bagh signal. Sweta pointed out the space beneath the flyover and said “see these homeless people striving out to come out, they can’t even sell books at the signal which they normally do for their livelihood. Is this rain now pleasing enough?”, paused Sweta. Rahul couldn’t feel like responding back. Her stature grew much higher than earlier within him. 15 minutes later she dropped him at Greater Kailash at their guest house before proceeding home. She had instructed him to take an auto to reach office the next day.

After a quick shower in the room, while looking out through his glass window Rahul noticed a small girl who might hardly be 12 years old holding something in her hand kept knocking the windows of the car after another at the road. Suddenly he could remember Sweta’s sentiments and thought of getting out to that child and give her an umbrella. After packing his bags and picking up an umbrella for himself and for the girl, he walked out and looked for her around and found her on the other side of the road sitting and playing at the stagnant water.

He went to her, smiled and offered the umbrella.

“phir chartri lekhe kyun ghoomte ho?” [then why do you roam around with the umbrella?].. the girl stumped him out.

He carries umbrella to protect his laptop, high end phone and other gadgets, though he loves to walk in rain, he do not have the privilege of doing so.  Honestly, what he thought as privilege to him has turned out to be fate.  He also acquired that What you think as fate for someone might be their privilege!…