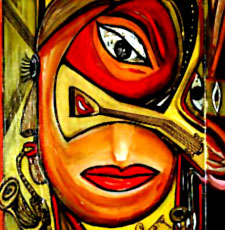 Anybody who is acquainted with a shade of world history knows the evil effects of capitalism which was the after effect of industrial revolution especially in the 19th century and the first half of 20th century. Employees and the working class were exploited by the capitalists for their material growth and pleasure living. They were treated like animals and machines and all their basic human rights were crushed. It is a known fact that communist and socialist ideologies and uprisings played a vital role in liberating the enslaved working class from the clutches of capitalism thus paved the way for better equality. Umpteen poets and writers around the world took part in that fight against the exploitations of the ruling class, siding leftist ideologies.

Now we are living in an altogether different world, the world of technological revolution and globalization. True, now the world is a much better place to live in: employees are enjoying more rights and better standard of life and Governments (Ruling class) and entrepreneurs are more considerate and sensible. But unfortunately there are clear and enough signs in the corporate world which shows that the same situations of the capitalist era are slowly and stealthily creeping in. Now in the climate of corporate competition especially after the arrival of software giants and outsourcing centres there is a trend of crushing employees in the name of finishing projects in time. It is understood multinational companies are pushing their young Indian employees to overwork and compensate them with whopping salary and of course high class facilities and night club parties for posh life style. This is sugar coated exploitation in disguise of our youth’s life itself. We all witnessed how the world looked in awe when the global economy was badly hit by recession recently and thousands of educated employees were laid off and sent out in a fine morning without any guarantee. So our younger generation employees are sent out after education to over work where there is no guarantee for employment. It is high time the younger generation to sit and think to safeguard their rights and poets and writers as ever to plead for their cause.